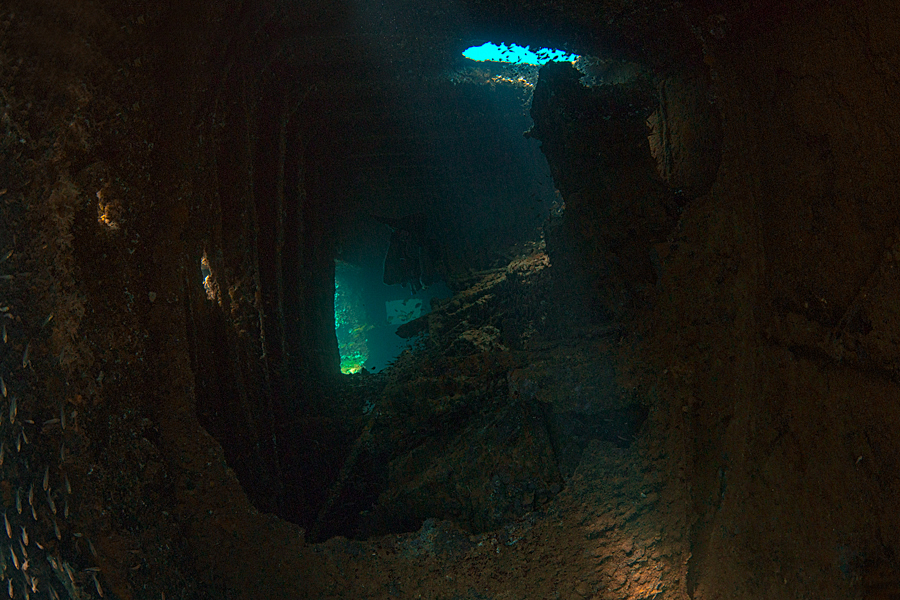 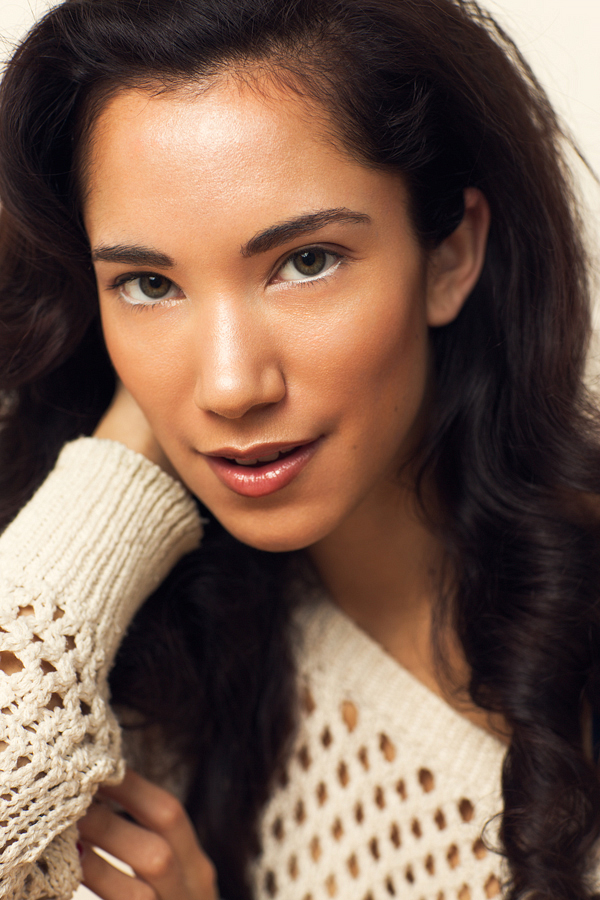 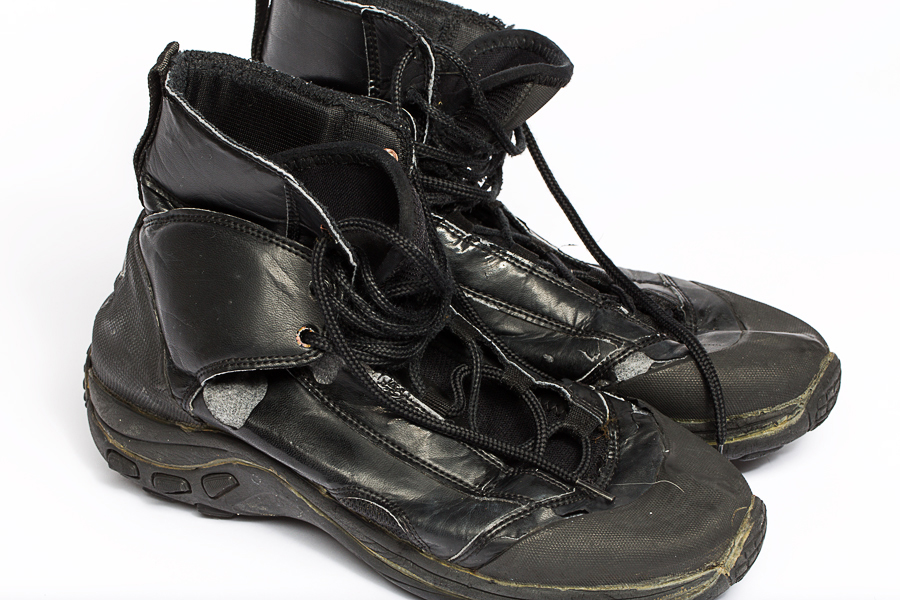 This review marks the last of four reviews regarding my Whites Diving Drysuit System. The boots were reviewed last since they took the longest to dry and were still damp when taking the photo. The boots for the most part did what they were supposed to. They fit on my feet, were sturdy in regards to support, and comfortable.

A common theme among all of my Whites Diving gear is that the quality of them is poor. I've had these boots since summer 2011 and since then I've lost every other metal eye grommet and had to sew back on a few of the fabric eyelets for the boots laces. The fabric appears to be some sort of fake leather. The top layer skin, the part that actually looks like leather, has worn off in multiple areas revealing the inner material.

My last complaint is that the shoe laces often come undone while diving. I've never had a boot fall off mid dive but you can tell that the boot becomes loose. That being said I might buy another pair if I had to. They do work and I understand that foot wear probably takes the hardest beating of the entire system. I'll give Whites Diving the benefit of the doubt. If Whites Diving is listening, please, reinforce seams, and attachments! Normal wear and tear is one thing but critical components falling apart is another. 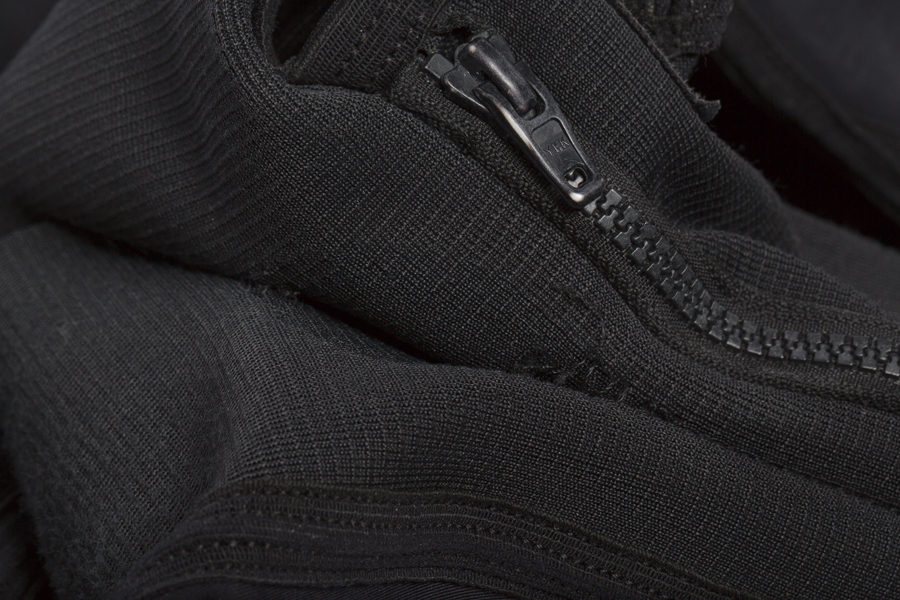 I purchased the Whites Diving Bullet Fusion during the summer of 2011. It took two weeks to take delivery of the drysuit and dive one for the first time, I was excited. The first dive in the suit ended up with me thumbing the dive early due to to a leak. After taking it back to the dive shop they said it was due to a stuck exhaust valve, dive it again and it should be fine. Dive two was the same, I ended up getting soaked and thumbing the dive.

This time the dive shop actually decided to take a closer look and troubleshoot the leak. After securing all the seals they inflated the suit full of gas and began to spray down the suit with soapy water. We ended up finding a hole in a brand new suit near the exhaust valve about the size of a ballpoint pen in diameter. We called up Whites Diving to explain the matter and they said they'd send out a patch kit ASAP. What they didn't tell us was that the dive shop owner would have to take a class on how to properly patch the suit before they would let him work on mine.

Another two and a half weeks go by before they are finally ready to patch the suit. Meanwhile I used gorilla tape to seal the hole and dive. For the most part it would work and half the time I'd be lucky if I finished the dive completely dry. The repair took literally 30 seconds. You cut the patch to size, apply heat with a heat gun, and presto, you're done! They handed over the remaining patch kit for future use and said have fun. I found it interesting that a dive shop owner had to take a class in order to fix my suit, but I could fix it on my own without any training.

Over the next two years the suit had been trouble free. It was comfortable, easy to dive, and kept me dry! It developed a second leak on the right leg and I thought it came from the P-Valve I had installed. I removed the P-Valve, cleaned the suit and re-glued the valve back to the suit, it still leaked. After further investigation I found the smallest leak in the right foot on a seam. The leak was so small that I was surprised I even found it. I happened to look at the right place at the right time and saw exactly one bubble form over the leak. To this day it's been leak free after repairing it myself.

This is the first and only drysuit I've ever used. I've heard stories on how the Whites Fusion drysuits are easier to dive then other drysuits made. I cannot imagine what they mean but I'll take their word for it. The only complaint I have about the drysuit is the exact same complaint on every other Whites Diving product I've used to date. The quality of construction on their products is poor. The outer skin developed multiple broken seams. I would fix them with high strength sewing thread and after that the seams would be fine. Either whites quality control is really bad or the quality of materials they use is really poor. In the photo above you can see one of the pockets starting to fall off. I haven't had a chance to repair it yet.

I'm on the fence if I'd purchase another Bullet Fusion. I do enjoy diving it and it's really comfortable. It's easy to repair and I like the fact that I can use gorilla tape in a pinch if I had to. If Whites Diving payed a little more attention to the small details like reinforcing the seams then I think they would have a killer product. In that case I'd probably buy a second suit. 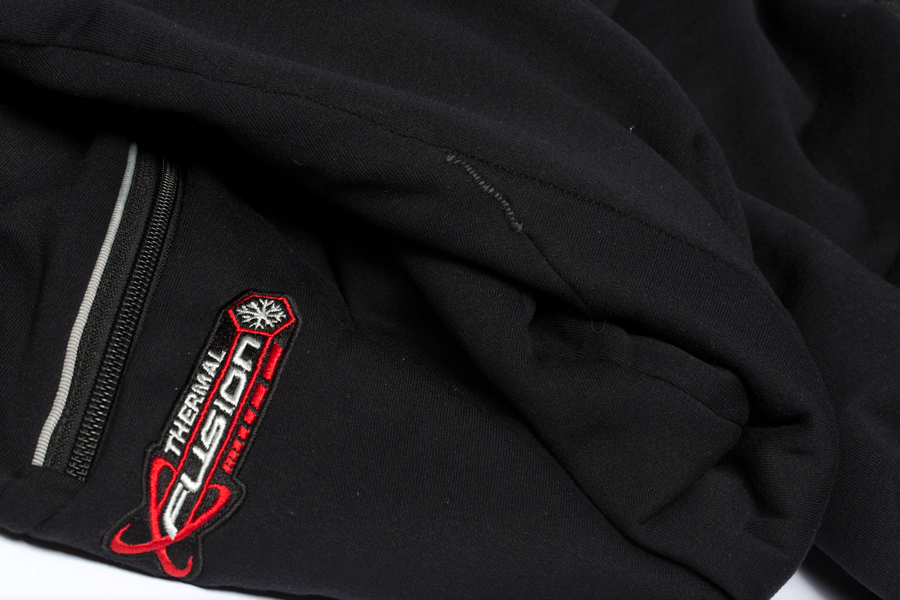 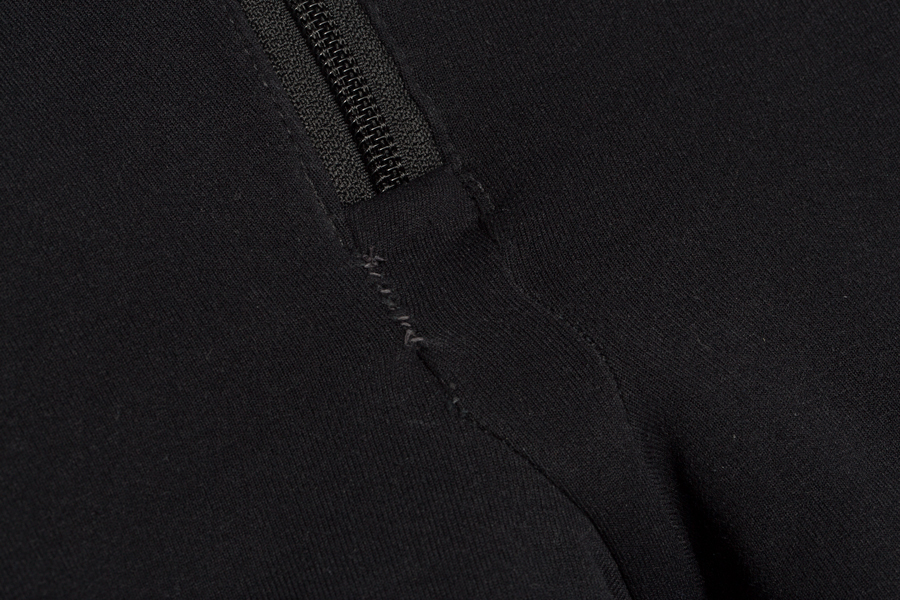 In 2011 I dove the Whites Diving MK3 Undergarment. It was the warmest undergarment I've ever worn, bulky, restrictive, and extremely buoyant. While I enjoyed the warmth, the other three qualities were less than desired. In 2012 I finally decided to upgrade to the Whites Diving Thermal Fusion to see if the hype was true. For the most part it was.

I only have one complaint about the undergarment and that's the quality of construction. The stitching on the undergarment is very poor. After a few months of ownership the seams started to come apart and I've had to repair the seems multiple times.

I casually mentioned this to a Whites Diving representative at a dive show in 2013. They gave me their contact info and told me to contact them after the show and send it back. They said that the seams shouldn't be falling apart and that my unit was defective. After six ignored email attempts with zero response I finally gave up trying.