Redondo Beach, Des Moines, WA. Fun dive at Redondo Beach. It was low tide and the water was once again crystal clear. 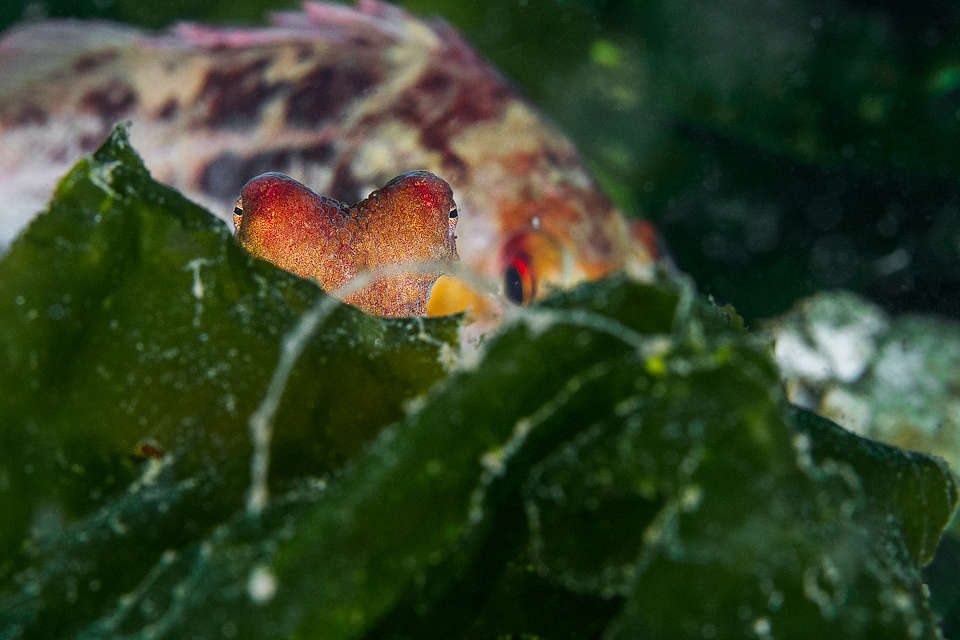 Saw this little guy peeking out from the kelp. I love how curious the little octopus are. 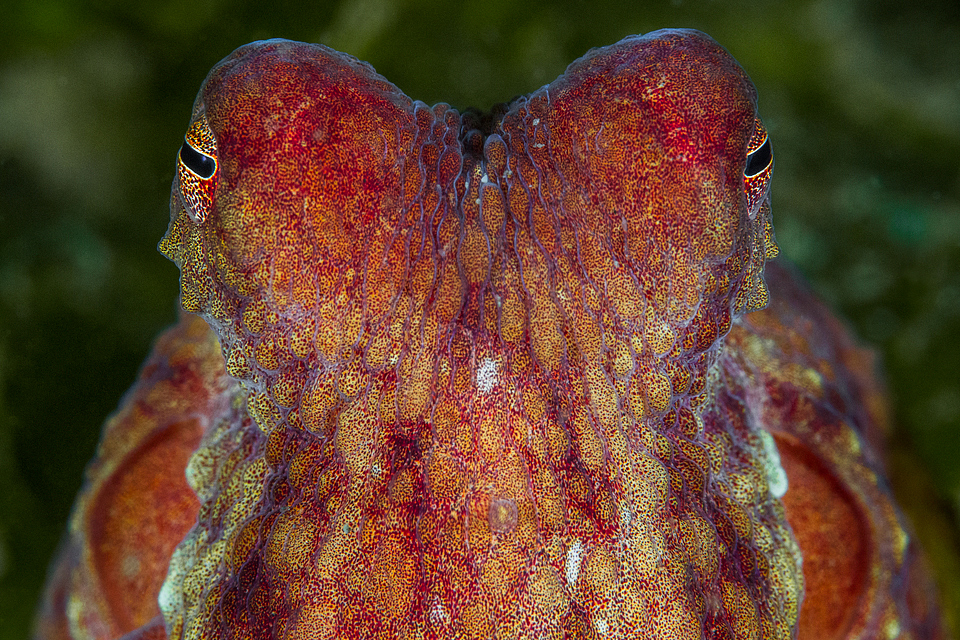 Little octopus is not impressed. 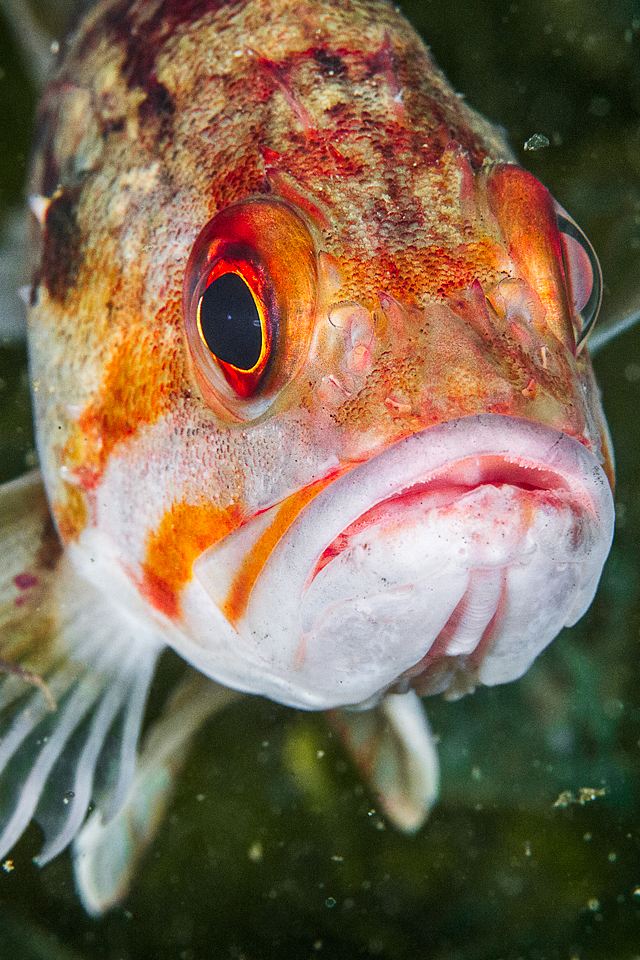 The rock fish doesn't seem to care that I'm there either. The octopus is eating! 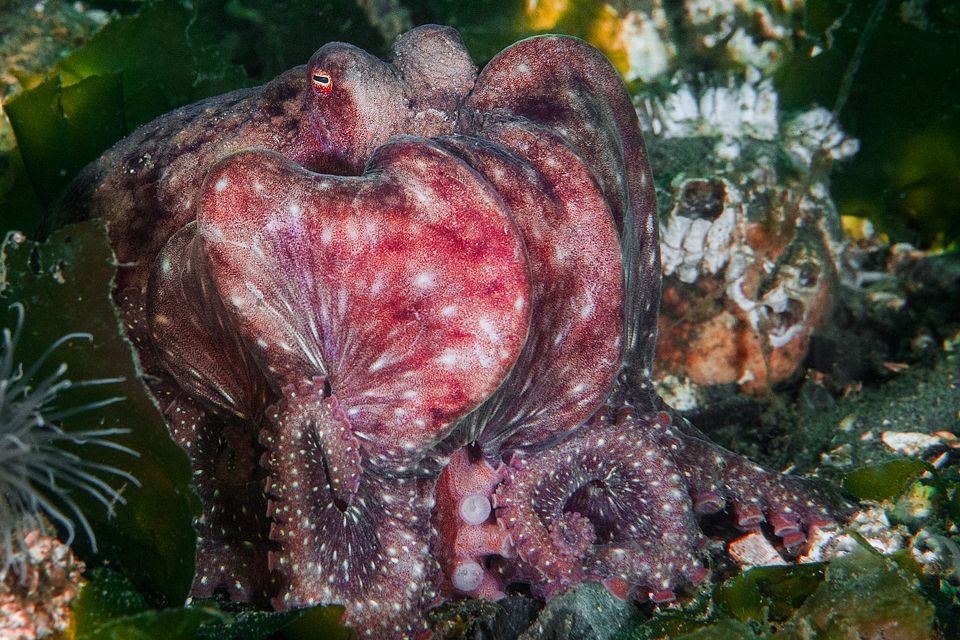 Three Tree North, Des Moines, WA. Kathryn Arant (GUE) and I (PADI) kept hearing about Pacific Spiny Lumpsucker's invading the kelp in these waters. We decided to go have a look for ourself. 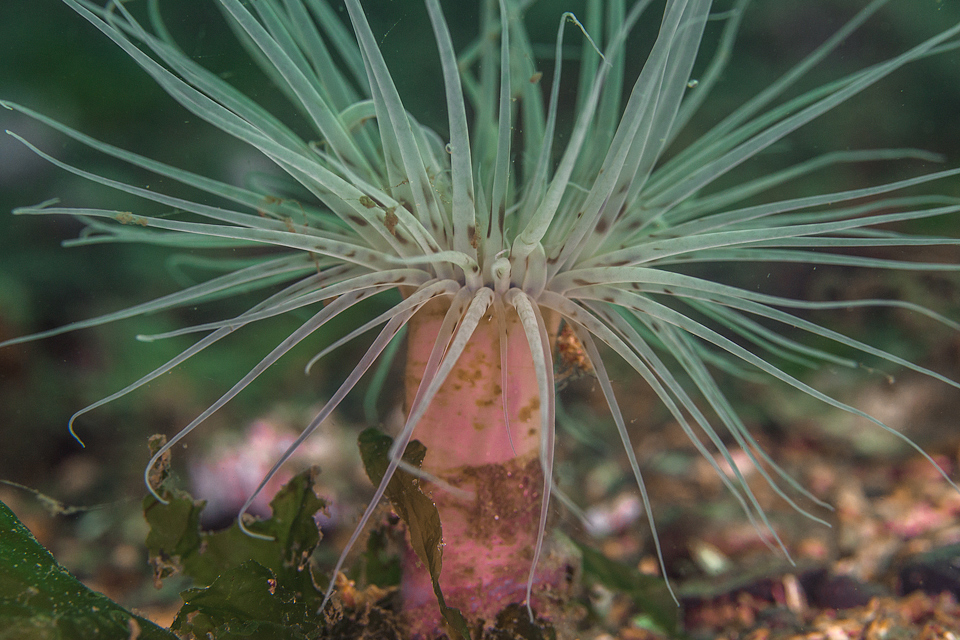 It's not often you see Tube-Dwelling Anemone's. I had to get a shot since they are really cool looking! 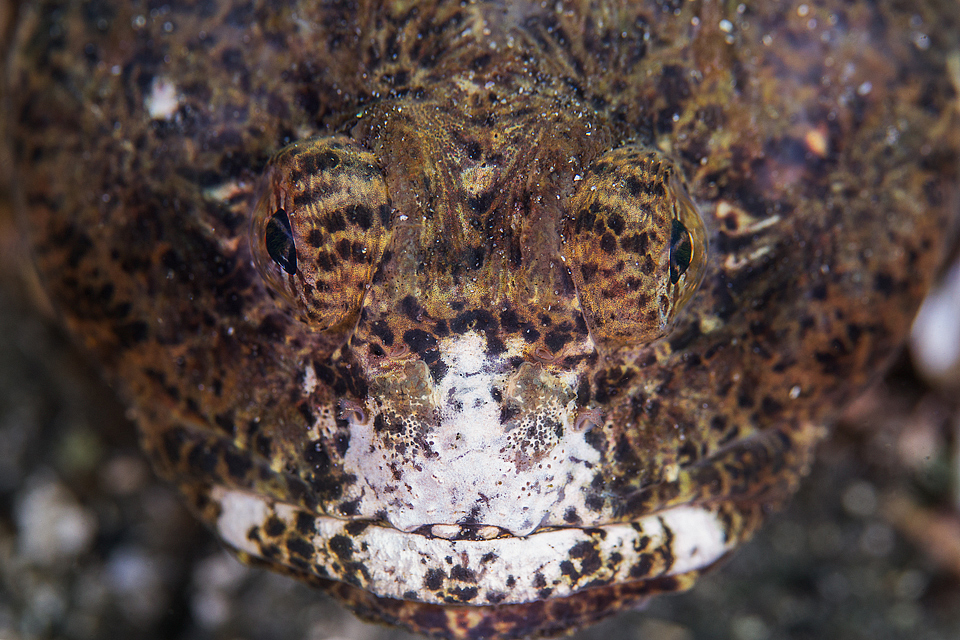 Fish Portrait of a Sculpin. 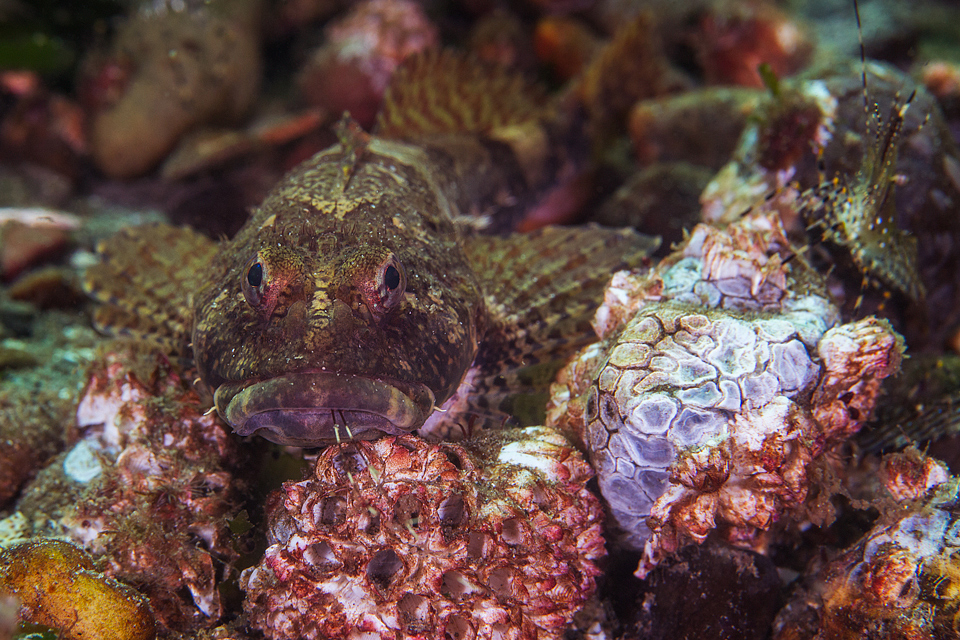 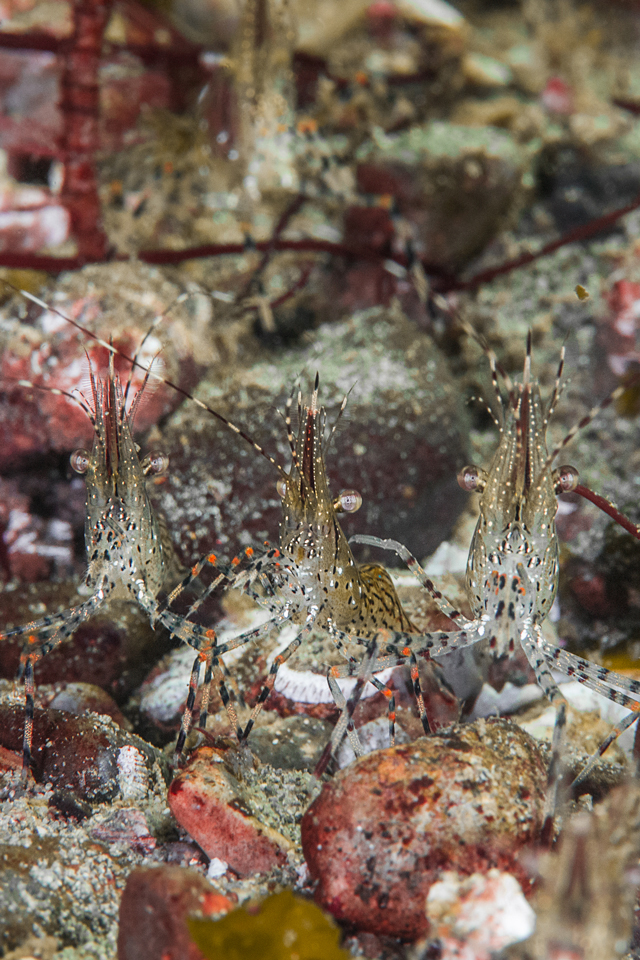 And finally shrimp. Unfortunately we didn't see any Pacific Spiny Lumpsuckers. Next time!


Seacrest Park - Cove 2, Seattle, WA. Seattle in July is absolutely amazing. Summer time is perfect with the clear blue skies, comfortable temperatures, and crystal clear waters. One would think, let's go diving. WRONG! Thankfully my two buddies Jeremy Freestone (GUE) and Don Winslow (GUE) just so happened to be in the neighborhood. I had the pleasure of meeting and diving with for the first time, Jeremy Qualls (GUE). 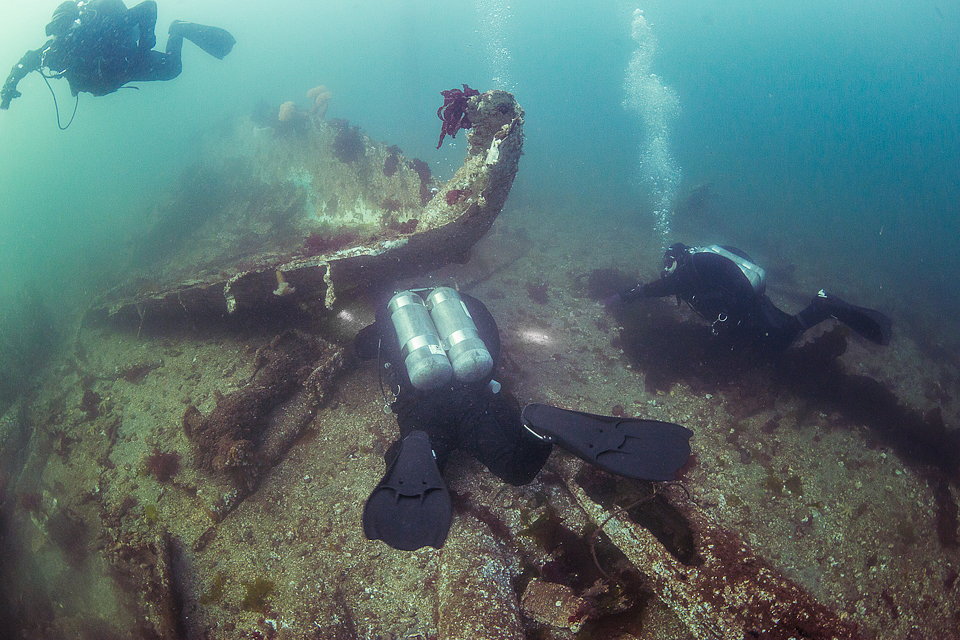 We did the usual tour of Cove 2, the I-Beams and Honey Bear. 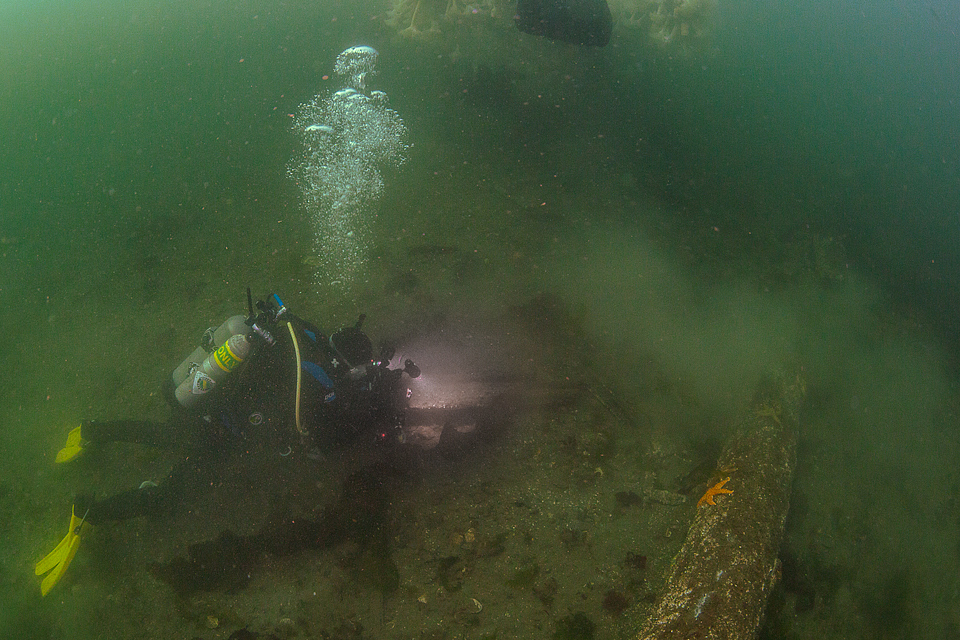 It's always nice to see other photographers in the water. I enjoy watching other workflow's to see how others do their magic. The jackstraw pilings are covered with plumose anemones. 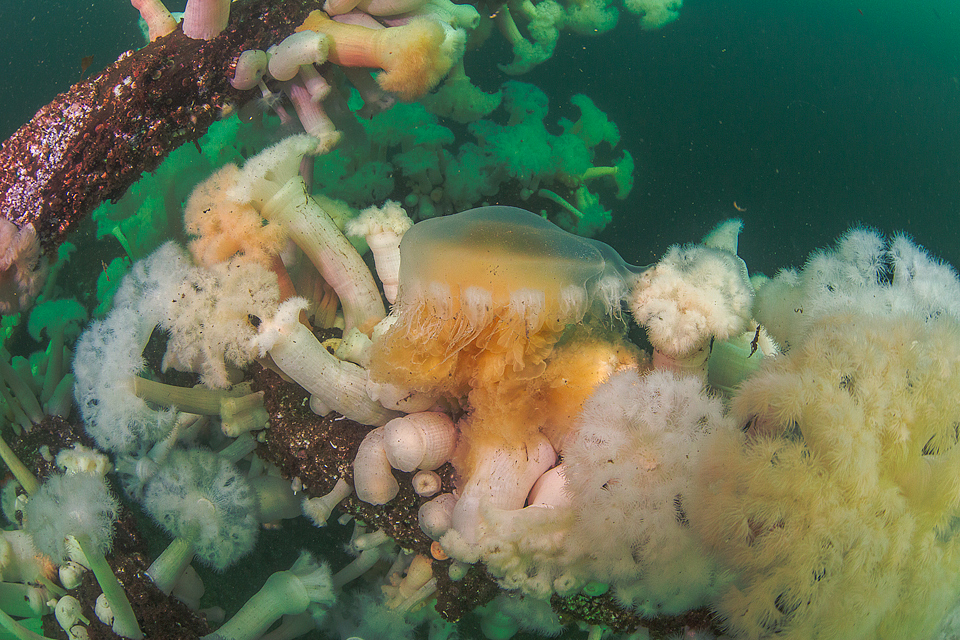 Oh, and it wouldn't be a dive without an Egg Yolk Jellyfish.

Redondo Beach, Des Moines, WA. The visibility is absolutely wonderful! If I didn't know any better I would have thought I was diving in a tropical location. About five minutes into the dive I see a dozen or so Graceful Crabs eating a cluster of mussels. As I got closer to take this photograph the majority high tailed it out of there. The hungry crabs stayed behind. 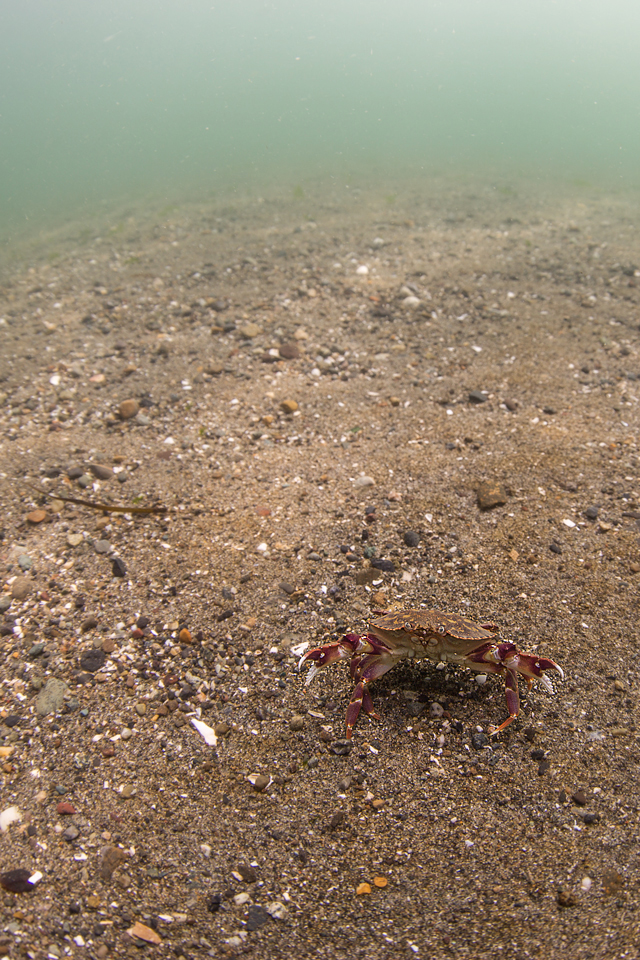 I then decided to chase down one of the Graceful Crabs and it gave up! Such a cute little face. =D 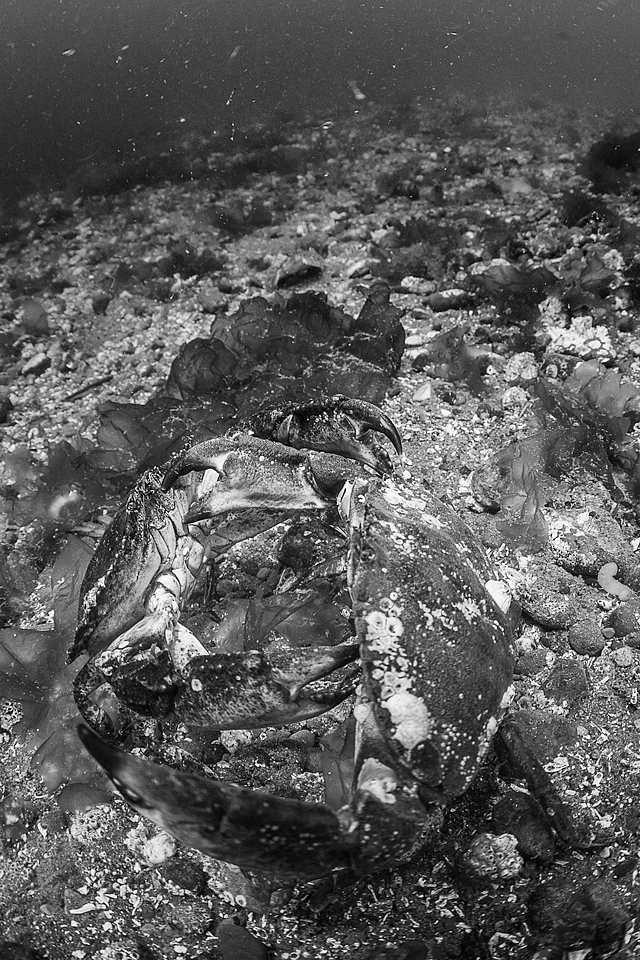 These guys were fighting over something. 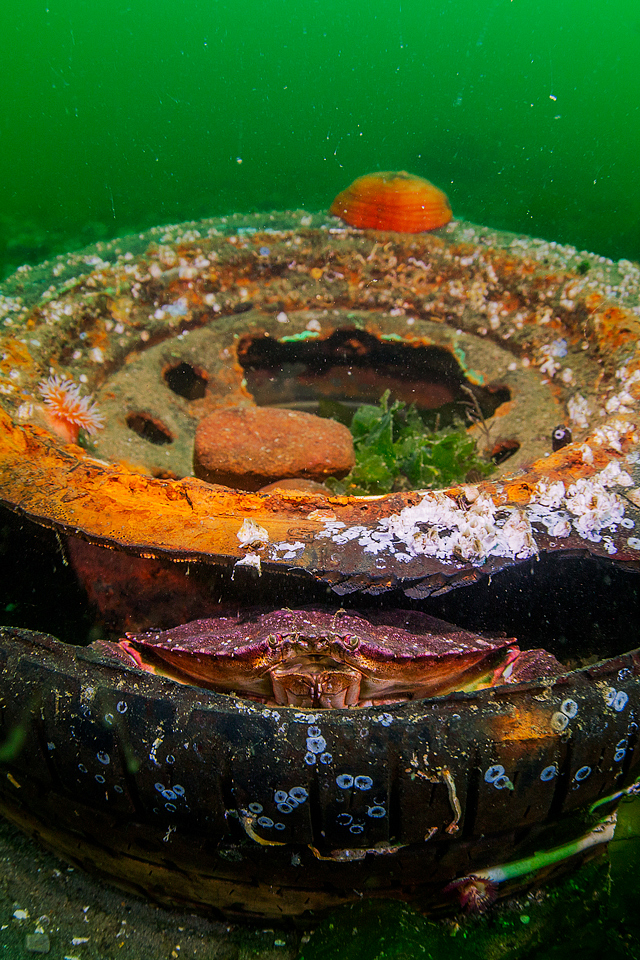 I'm guessing it had something to do with this one. 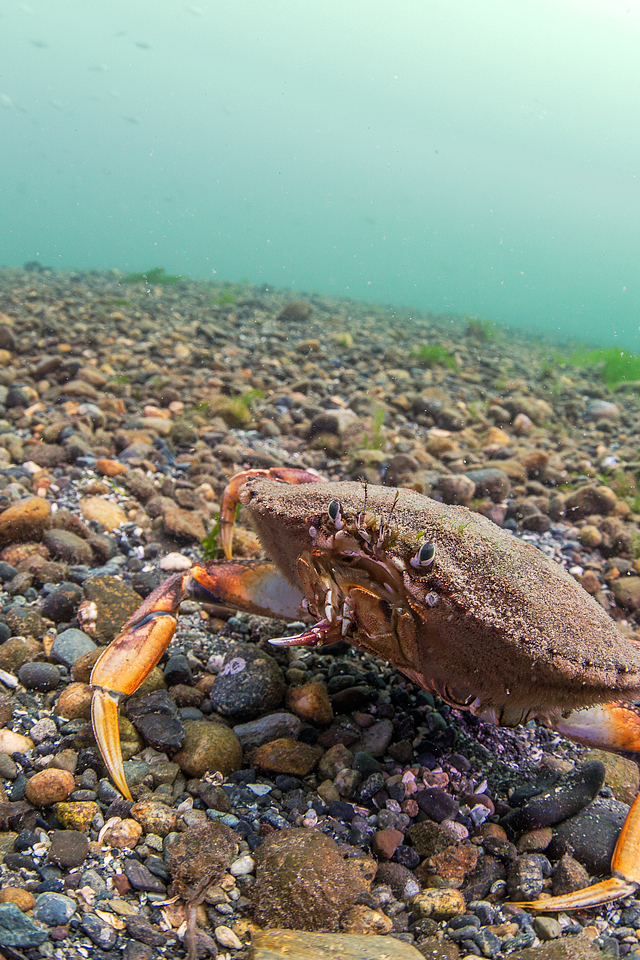 This crab was so hungry it started to eat it's own claws! 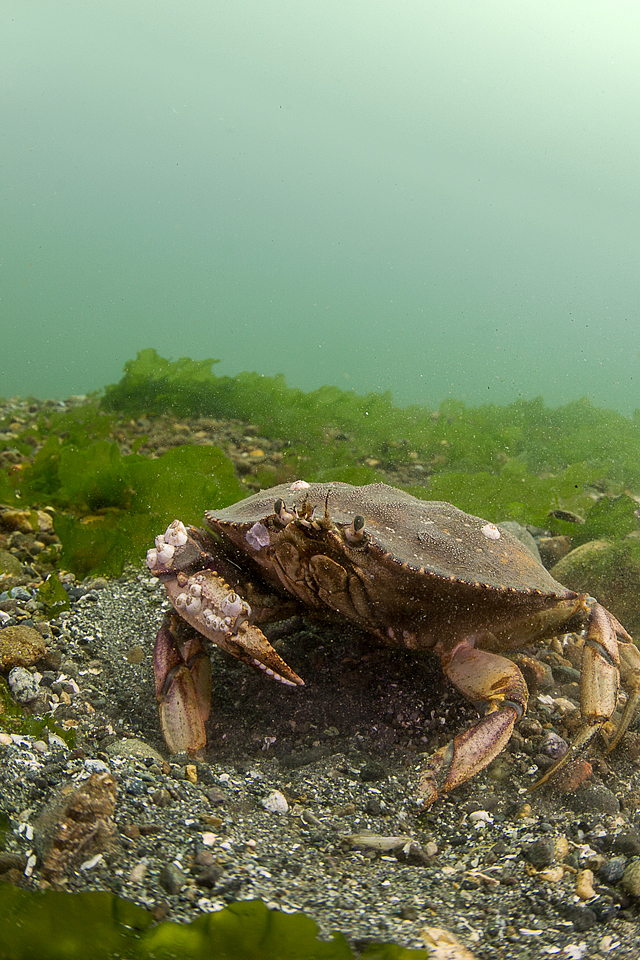 And this one was digging a tunnel. It had an audience too. 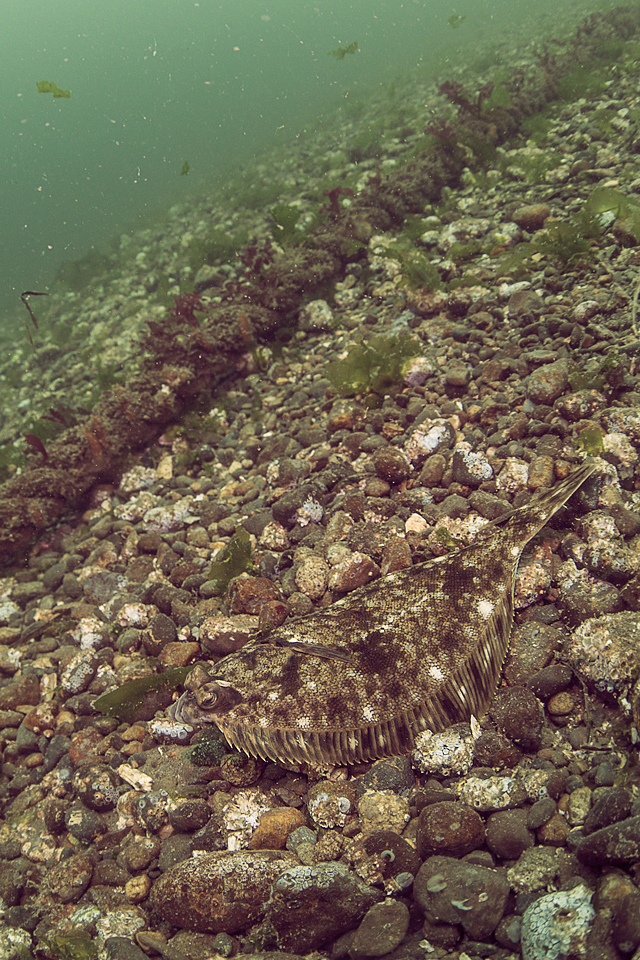 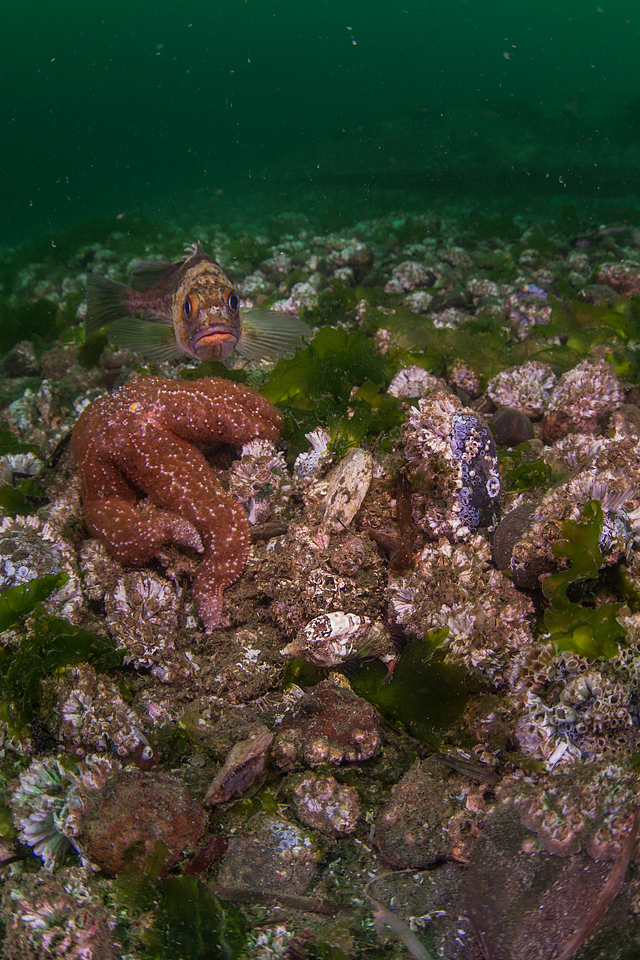 Little rock fish came over to see what I was taking a photograph of. 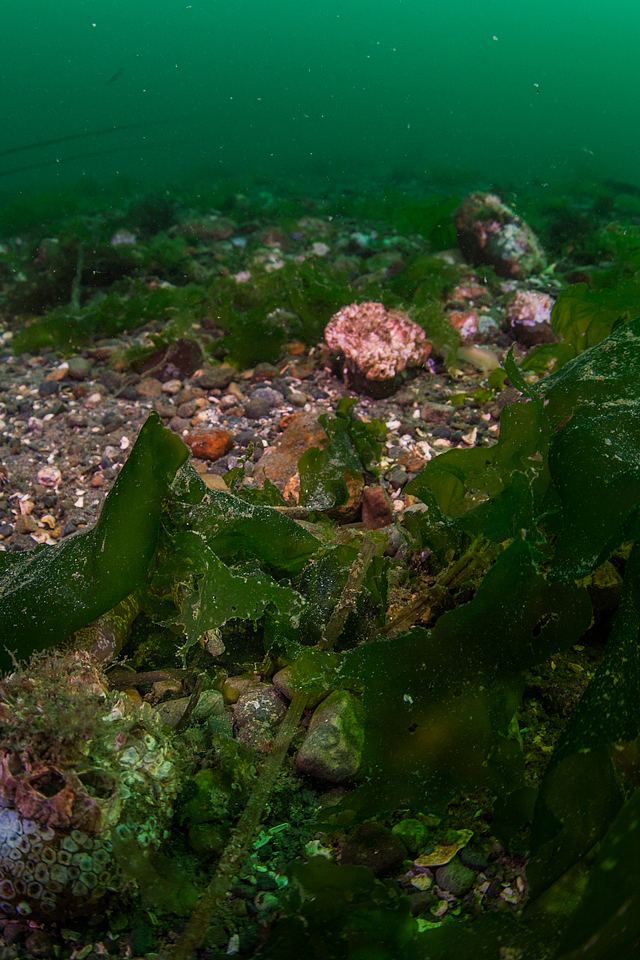 Gunnel! These guys are so funny. 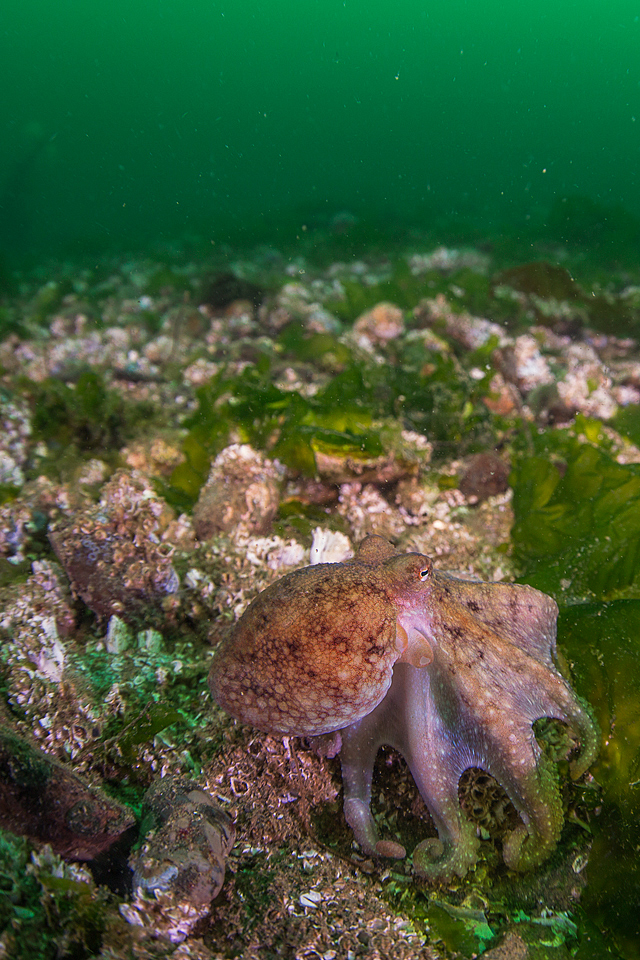 When the crabs are out and about, there's bound to be octopus as well. I saw a few of these little guys but this one was my favorite.