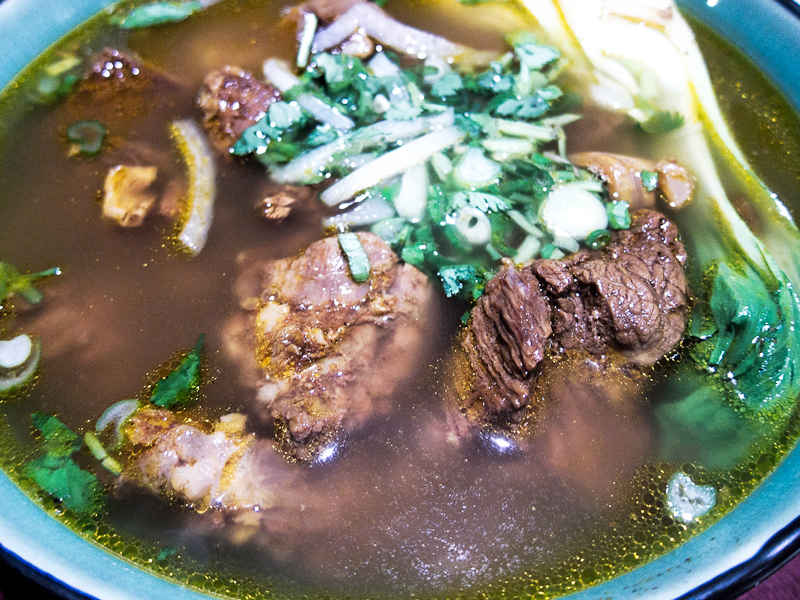 Hungering for Korean cuisine while running an errand, we went to the nearest restaurant according to Google Maps. Apparently the place went out of business and was instead replaced by a Vietnamese restaurant called Mekong Village. With our stomaches beginning to self devour themselves we decided to give it a go and found ourselves pleasantly surprised.

I usually order Steak Pho with rice noodles. The elderly Vietnamese woman patiently waiting to take our order suggested I try their version of Mi Bo Kho which is similar to Pho in that it's a soup based noodle dish but entirely different. Open to trying new things we gave her the go ahead along with a few sides.

Proudly presented with the bowl of stew I was amazed by the richness of the broth and the generous portions of perfectly prepared beef shank and tendon. The Bo Kho seasoning along with the Vietnamese fish sauce gave it a pleasant aroma like no other. Upon adding the fresh basil and jalapeno I knew this was going to be amazing.

Compared to other Vietnamese restaurant's the decor was above average and if you're looking for atmosphere you may as well go elsewhere. If you want fresh, authentic dishes prepared by people that know what they are doing when it comes to Vietnamese cuisine then look no further. For me this is simply the best I've ever had and from where I live it's definitely out of the way, almost a 50 minute drive! I'm definitely going back to try out the rest of the menu and I'm bringing all of my friends.