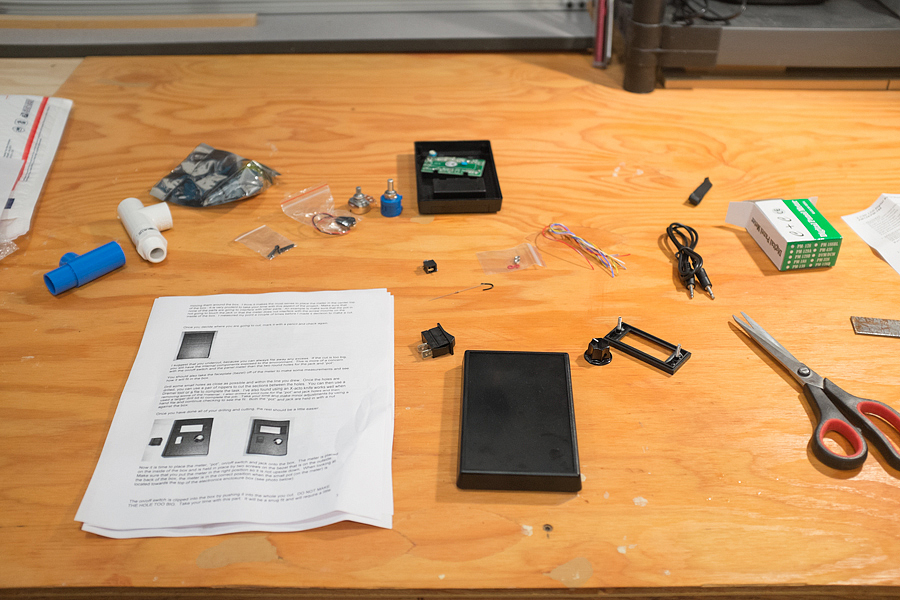 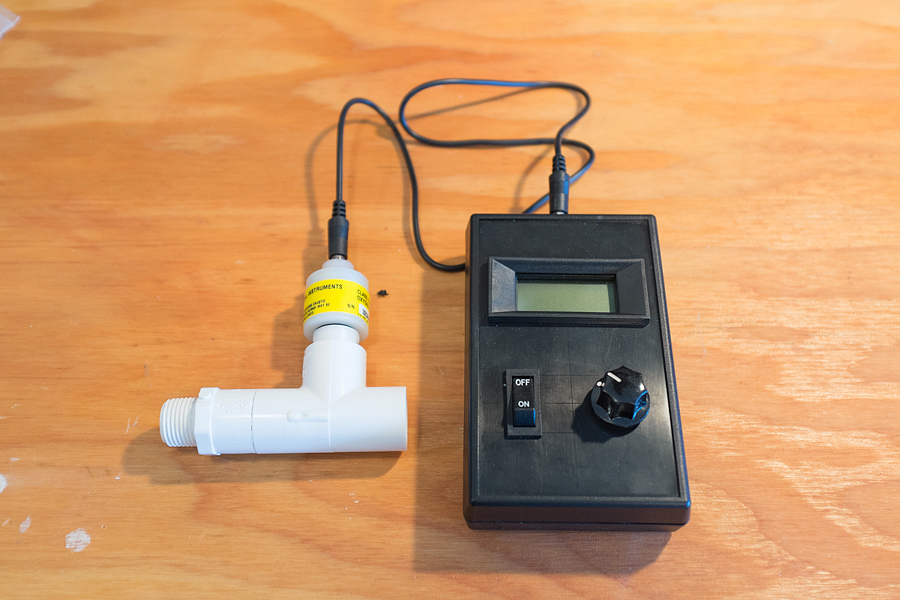 I was in need of a dedicated oxygen analyzer for a up and coming project. After spending hours reviewing numerous commercial solutions a friend of mine suggested that I try the OxyCheq EL Cheapo II Analyzer Kit. For $110 bucks it was worth a shot.

The kit was surprisingly simple. It comes with an enclosure, LCD screen with electronics, and everything else you need to complete the unit. I purchased two additional optional accessories along with the kit. The first being the sensor tee which is the blue pipe looking object. The second was the optional 10 turn potentiometer which also has a blue base next to the included potentiometer. Assembly was a breeze.

The instructions were clear and well written, and after an hour I had a completed kit. I would guess that 80% of the time was spent cutting the necessary holes in the enclosure and trying to make it look somewhat decent. The instructions say that after opening the included Teledyne R-17 Oxygen Sensor, you need to give it 24 hours to become fully activated. Once the initial waiting period was over I gave it a quick test and the results were spot on!