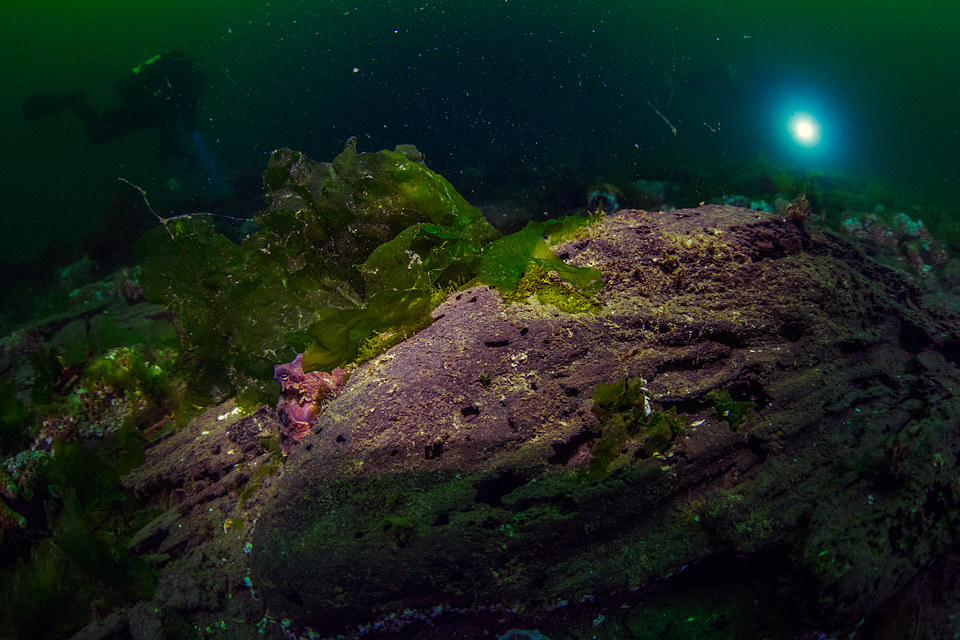 Redondo Beach, Des Moines, WA. Instead of the usual GUE Tweak on Wednesday evenings Kathryn Arant and I opted to dive with Bob Bailey at Redondo Beach. We dove Bob's Reef then headed down towards the bottle field. Photo above shows an octopus hanging out on some wood. 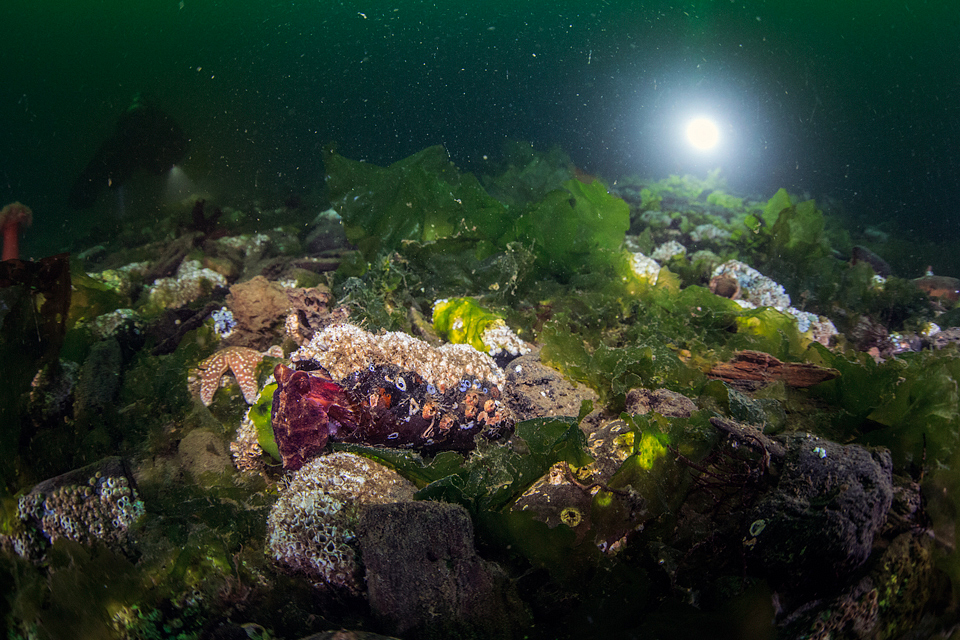 The octopus were out in full force. There were times when each of us had our own octopus to photograph. Photo above shows an octopus playing inside a bottle.