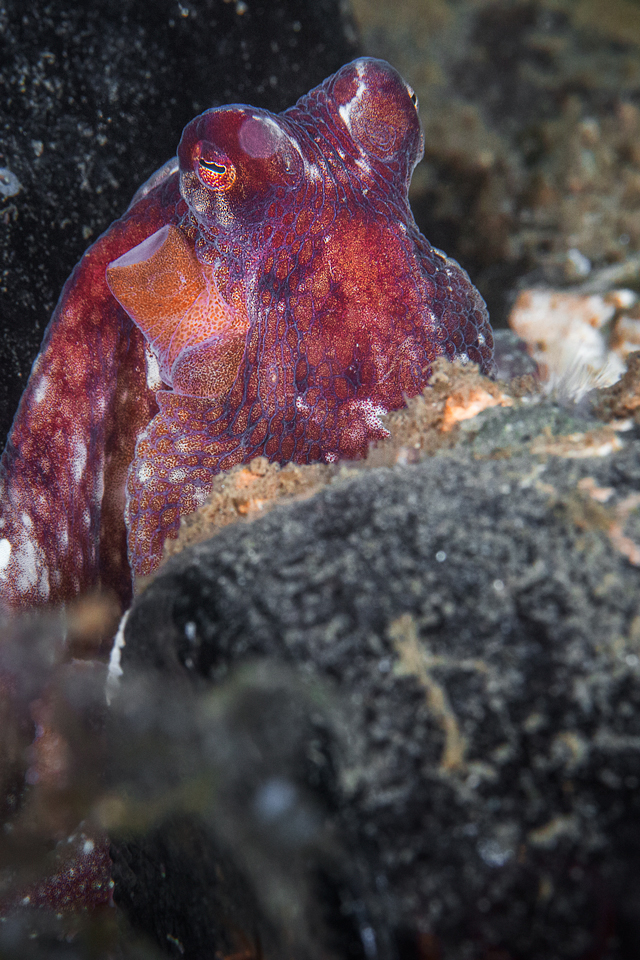 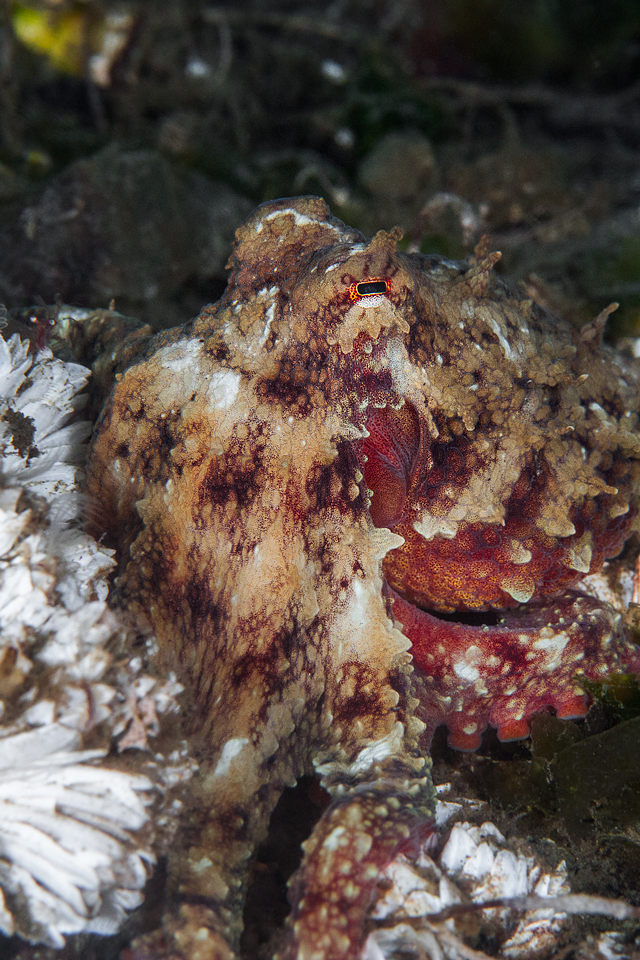 I love the textures octopus are capable of creating on their skin. This little octopus transformed its skin texture from smooth to spiky. 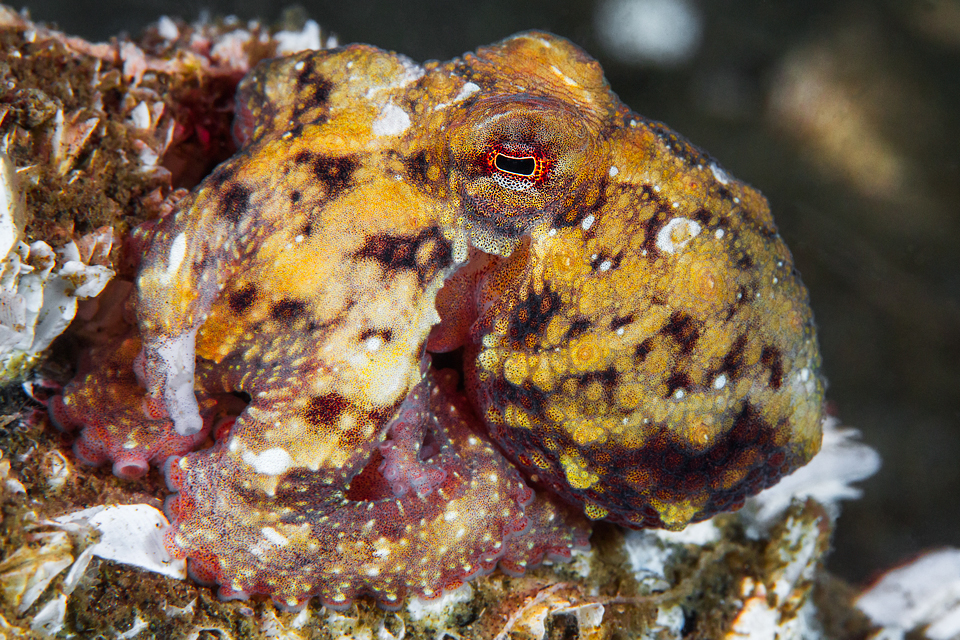 Bob Bailey pointed out this little octopus sitting on a bottle. This is the first octopus I've seen with so much yellow in it's skin and it was about the size of a quarter. 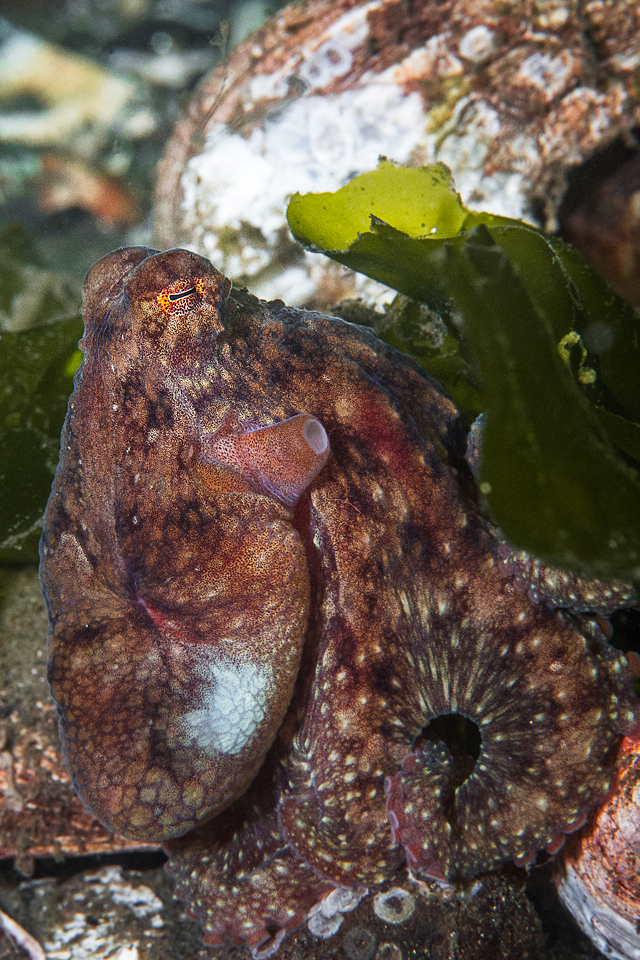 This octopus had a big scar on it's mantle. Scarface octo! 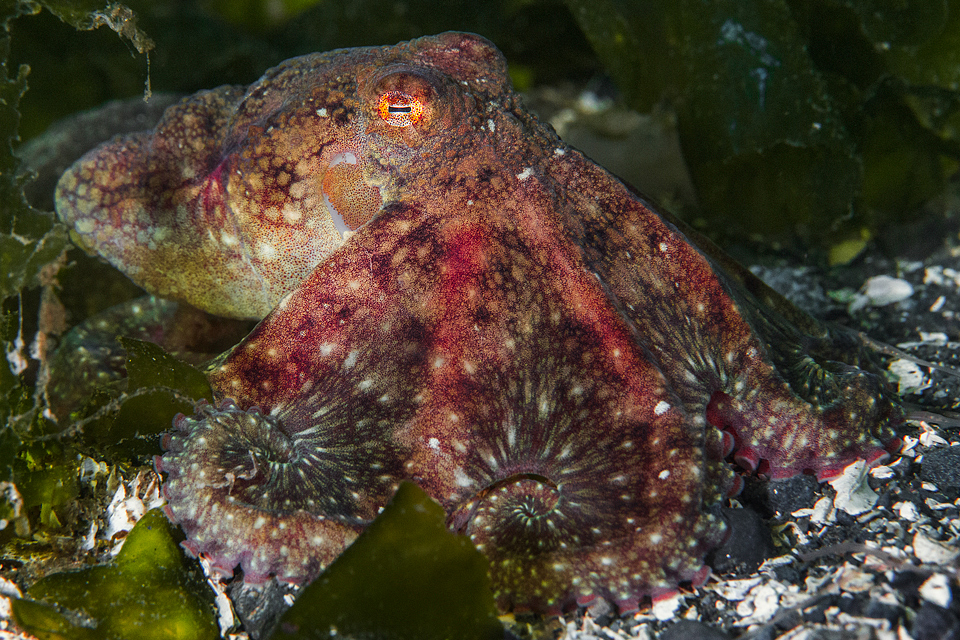 Trying to get a closer look of the scar the octopus decided to go on a lovely afternoon stroll.