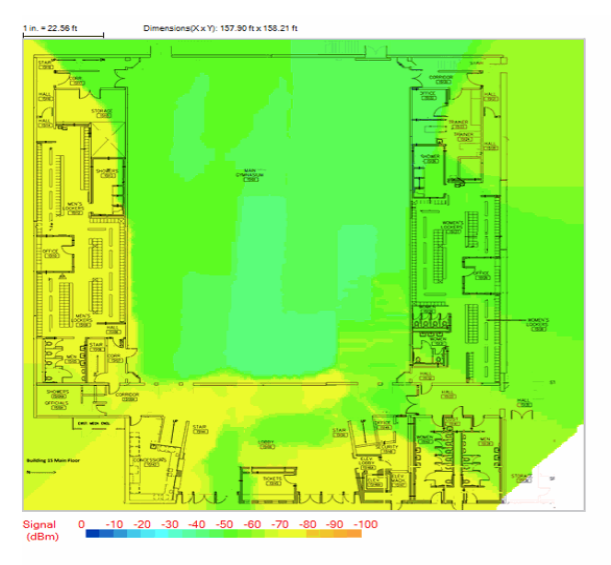 A question I often get asked during new wireless local area network deployments (WLAN) is, "Do I really need a wireless site survey?" The simple answer is yes! Of all the wireless site survey's we do on a regular basis, there are two main types commonly used. The first being the traditional site survey utilizing hardware and software to analyze the wireless environment in real time. This is a professional service engagement and usually incurs a fee. The second, and cheaper alternative, is a virtual survey using software tools to "predict" a modeled deployment. At Semaphore, we actually provide a virtual survey as part of our pre-sales process at no cost to the customer. The follow up question often received is, "Well, which method is right for me?"

A virtual survey is suitable for wireless environments with open floor plans. Spaces with cubicles, limited office space and conference rooms are good candidates for a virtual survey. It's important to note that while a virtual site survey is often sufficient for planning purposes, a physical walk through is always highly recommended to minimize potential pitfalls and wireless hazards. It is very common to find easily overlooked areas that can greatly impact wireless coverage and performance.

A traditional site survey is a perfect fit for complex wireless environments. Below are a few examples.

Buildings constructed of brick, stone, cinderblock, and concrete are common candidates for a traditional site survey. Shelving, and the items they store, found in warehouses and retail spaces can have a significant impact on the wireless coverage and performance as well.

Wireless mesh utilizing directional antennas is another candidate for a traditional site survey due to their complex nature and distances involved between access points.